You must use a browser with javascript enabled to write a review.

Sometimes a Landoll towing company is needed for construction projects. A bridge that is being constructed in the Harvey, IL area needed two steel beams for its construction. Together these two beams weighed more than 70k lbs. That’s a lot of steel.

Northshore Towing brought in its team with the Landoll. A large crane placed the steel beams on the Landoll in Elburn, IL. Our guy Manuel drove it all the way to Harvey, IL. A crane was waiting at the other end to unload. 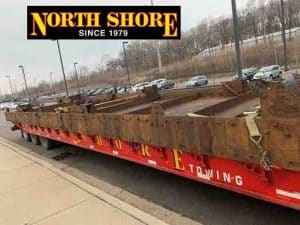 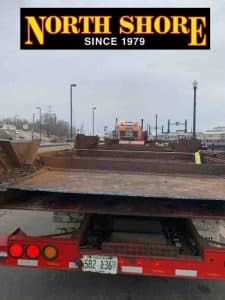 A beam of steel for Landoll Towing Company